Matt Smith was born in Monroe, NC where he attended a Christian high school. It was during his senior year he trusted Jesus Christ as his personal Savior. Matt’s realization that he was a sinner and in need of forgiveness, led him to faith in Jesus—His death, burial, and resurrection. Soon after his conversion, he believed God was calling him into the ministry, so he began to consider attending a school for ministry training. Matt decided on Carolina University, which proved to be one of the best decisions of his life. While at Carolina University, he accepted God’s call to full-time Christian ministry.

Matt has been serving in full-time pastoral ministry since 2007. For eight years he served as the Youth and Associate Pastor at Gospel Baptist in Greensboro, NC. He now serves as the Lead Pastor of Lebanon Baptist Church in Greensboro, where he has been since January 2017. He married Alison in 2008 and together they have three children—Isaac, Noah, and David.

He became an adjunct professor at CU in 2013. Matt has taught Biblical Leadership at Mount Olive Bible College in Mount Olive Correctional Complex through a program aimed at offering an accredited Bible degree to inmates serving out their time in West Virginia’s maximum-security facility. He has also taught ESL to Chinese students in Chengdu, China.

Since trusting Jesus Christ, God has continued to grow and stretch Matt for His service, and he sincerely feels blessed to serve in His work. In fact, the apostle Paul’s gratefulness in 1 Timothy 1:12 continuously resonates in his mind: “I thank Christ Jesus our Lord, who has enabled me, that He counted me faithful, putting me into the ministry.” 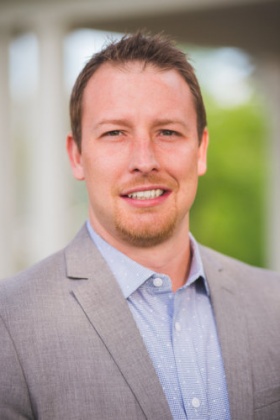