Dr. Petitt began his tenure as President and CEO of Carolina University on March 1, 2002. Under his leadership, enrollment has grown 400%. His focus on innovation and collaboration resulted in a number of mergers that brought seven Christian universities, colleges, and seminaries together to form Carolina University.

Other advancements include renovations in every building on campus, the successful completion of a multi-million dollar fundraising campaign, and the launch of a number of new academic schools and degrees in career-friendly fields where future job growth is projected to be in the double digits and salaries should be substantial.

Before coming to Carolina University, Dr. Petitt started a multi-cultural church in Atlanta while still in seminary and then moved to the West Indies for ten years where he led an initiative to launch new churches and train pastors and leaders.

Dr. Petitt grew up on a dairy farm in the mountains of southwestern Virginia where he learned the importance and rewards of working hard, loving others and living by faith. His passion is to make sure that “Christ-centered” will always be more than just a slogan at Carolina University. 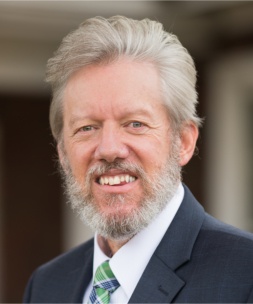