Dr. Owens has completed additional studies in Old Testament Hebrew at La Faculté de Théologie Protestante de Montpellier and in Qualitative Research at the University of New Orleans. Before joining the online faculty of Carolina University, he was a missionary in France (1989-2001); received a PhD from New Orleans Baptist Theological Seminary (2001-2005), where he also taught as an adjunct professor; taught residentially and online at Tennessee Temple University (2006-2015); taught online for Liberty University (since 2009) and for Luther Rice University (2012-2021). His areas of interest are missions, Christian education, biblical studies, leadership, and phenomenological research.

He has had the opportunity to present papers for the Evangelical Missiological Society, Tennessee Temple University, Carolina University, and Luther College and Seminary. Some of these papers have been published as a chapter in a book or encyclopedia article, or as articles in scholastic journals. Currently Dr. Owens is researching the work of lay or nonprofessional missionaries, for they have made up a majority of the historic missionary force and are not dependent upon formal ecclesiastic or missionary structures.

He is married to Trudy (since 1984). They have three adult children, two children-in-laws, a grandson, and a granddaughter. His interests are model airplanes and ships, space travel, hiking, gardening, and listening to progressive rock music. Howard was born-again in July 1979.

“Unleashing Faith among the Nations: Case Studies of Cross-Cultural Communication in the Old Testament,” Aletheias (Spring 2017): 102-132.

“Being Distinct in Pluralistic Communities: Behaviors for Followers of Christ from the Gospel of Matthew,” at the Evangelical Missiological Society Southeast Regional Meeting, Columbia, South Carolina, March 2014.

“Phenomenology in the Psalter: Heman’s Description of Death in Psalm 88,” at The Scholar Sessions, Tennessee Temple University, Chattanooga, Tennessee, November 6, 2008. 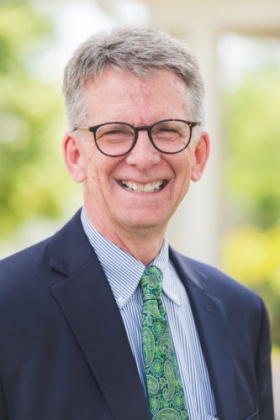