Dr. Byron Edens, Vice President of Carolina University, has over 40 years of experience in pastoral ministry spanning 12 different churches. He holds the academic rank of Professor and has taught for over 20 years in the disciplines of Expository Preaching, Ministry Leadership, Pastoral Ministry, Bible, Spiritual Disciplines, Evangelism, Law Enforcement Chaplaincy, Computer Technology, and Business. Dr. Edens previously served as Executive Vice President of Tennessee Temple University before coming to Carolina University through the PIU/TTU  merger in 2015. He has also served many different agencies as a volunteer GA-POST certified law enforcement chaplain. Dr. Edens is married to the former Theresa Ann Wilson of Miami, Florida. They have two children, Danielle and Philip.

Dr. Edens is a native of West Columbia, SC where he grew up and was licensed and ordained to ministry at Northside Baptist Church, West Columbia, SC. After graduating from Brooklyn-Cayce High School, he began his college education. He graduated with his Associates Degree from Midlands Technical College in 1979. He transferred to the University of South Carolina at Columbia and completed an Associate Degree in Commercial Education in 1982 and a Bachelor of Arts degree in Interdisciplinary Studies in 1984. He completed his seminary education at New Orleans Baptist Seminary earning a Master of Divinity in 2001 and a Doctor of Ministry Degree in Expository Preaching in 2012. He completed further post graduate work at Walden University in Computer Information Systems and completed his Doctor of Philosophy in Leadership from Carolina University in April of 2021.

Dr. Edens’ ministry of preaching and evangelism has allowed him to share the gospel in Brazil, South East Asia, the Holy Lands, Israel, Jerusalem, Judea, Greece, Moldova, India, Africa, Russia, Cambodia, Japan, North and South Vietnam, Jamaica, Mexico, Dominican Republic and many other countries. He has a heart and passion to reach the people that Jesus challenged each of us to reach in all walks of life, especially to those underprivileged of the world and give them an opportunity to gain a Christian education. There is an old saying, “Man’s flight through life is sustained by the power of his knowledge!” Without the knowledge of Christ, the world is lost. The Edens' challenge is, “we must reach the world for Jesus!” 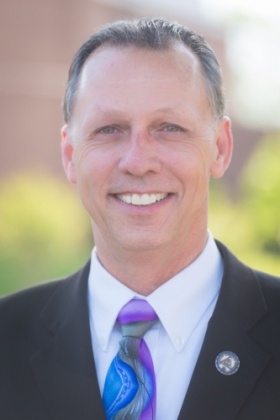