As a practicing attorney, Judge Banks-Prince was employed as an associate in a private law firm in Winston-Salem, North Carolina for one year before taking a position in the Forsyth County Public Defender’s Office in March of 2003. She held her position as an Assistant Public Defender until she was appointed as a District Court Judge.

In March 2012, a Mental Health Treatment Court was established in Forsyth County District Court and since its inception, she has presided over that court exclusively. Judge Banks-Prince has served on numerous boards of directors and currently serves on the board of The Legacy Foundation for Women. She is the recipient of a myriad of awards to include the 2009 Living Legacy Starter Award, a 2012 Distinguished Service Award, the 2014 Leaders Under 40 Award and the 2018 NAMI NC John Baggett Award for her work in the Mental Health Treatment Court.

Judge Banks-Prince is married to Darryl A. Prince, Jr. and is the proud mother of four children: Deja, Zaria, Alex and Jacob. She is a member of Love and Faith Christian Fellowship in Kernersville, North Carolina. Judge Banks-Prince enjoys traveling, reading, and spending time with her family. 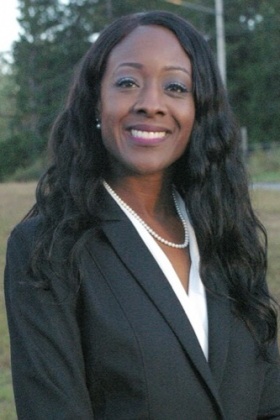