Southeastern now has a new campus in Birmingham reflecting a new technologically advanced campus called the Smart Efficient Blended Campus (SEBC). The Smart Efficient Blended Campus is intentionally interactive allowing local students to enjoy outstanding faculty in face-to-face traditional classes and have the option of learning from great teachers who are connecting digitally from other locations. Through this new campus Southeastern will continue to build on its long, rich heritage. 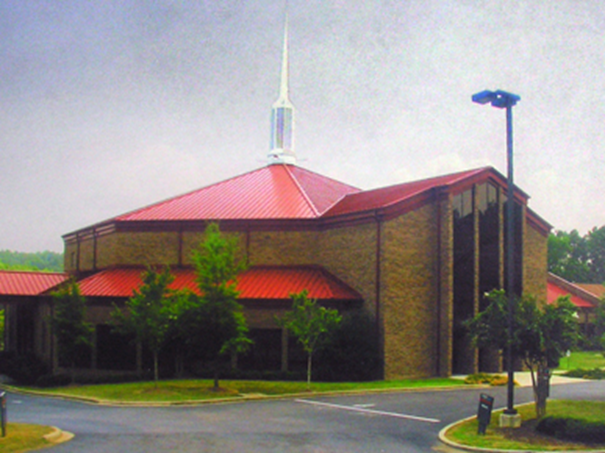 In 1935, a Bible conference was held in Birmingham, Alabama and the well-known Bible teacher, Harry A. Ironside was the featured speaker. When the conference ended, Edgar J. Rowe and his wife Bessie, left with a dream in their hearts to establish a school that would lead the way in training and preparing men and women for ministry. From that dream and diligent work came Southeastern Bible College, which to date has experienced over 80 years of rich history, producing thousands of graduates who have significantly impacted all corners of the world.

At Southeastern, the slogan, “Making a Difference, Impacting the World” was so much more than just a nice saying on literature. This was the “heart beat” of the school and the reason they intentionally developed course work, taught the Bible and operated their campus in such a way to create students who would catch the vision and impact the world! Graduates have served and are presently serving in various roles of ministry throughout the world as senior pastors, associate pastors, missionaries, teachers and counselors as well as various other positions in both public and private business.

Over the years Southeastern became a very close knit group of people characterized by their concern and care for one another. One well known and deeply loved faculty member who became a catalyst for the caring atmosphere was Helen Wright, known as “Miss Helen”. Miss Helen became the piano instructor at SEBC in 1950 and served over 30 years at the school but she was so much more than just a piano teacher. Helen was a very accomplished, classically trained musician, and taught at the Birmingham Conservatory. However, she felt “called by God” to invest her life in the students at Southeastern and serve as the piano teacher for the school. One day in 1950 without an appointment, she walked into the president’s office and asked if a piano instructor was needed. The president thanked her for coming but said they had no need for a piano instructor because they had one.

However, things changed, literally overnight and the very next day Helen received a call from the president stating, “Circumstances were such that they suddenly needed a piano teacher”. Helen accepted the position although the move to Southeastern would mean cutting her present salary at the conservatory in half. This did not concern “Miss Helen” because she had a vibrant faith in God and felt Him leading her to become part of the school … and this is how Miss Helen’s legacy with SEBC began.

Helen taught during summers at Interlochen Music Camp in Michigan where Van Cliburn and other accomplished musicians were instructors. When Van Cliburn came to perform with The Birmingham Symphony he always requested that she be part of the performance. Helen was certainly gifted in music and academic excellence was a hallmark of her piano instruction but music was not her main focus. Miss Helen’s deep faith and spiritual life influenced all the students as she challenged them to “trust in God with all their heart” and allow Him to use them in ways they could not even imagine.

Alumni regularly speak of their mentor Miss Helen and how her faith had a lasting impact on their lives. Her focus was on a mighty God, and what He could do with a life surrendered to God. She continually challenged students to live a life filled with faith, hope, and love and understanding that Christ has the power to transform.

Just a few of the alumni who have made a difference include:

The faculty, staff and students of Carolina University are excited about the merger of our two great historical schools and can only imagine what will happen as we continue the legacy of unleashing our faith to live a life filled with faith, hope, and love and understanding that Christ has the power to transform. Together we will go and continue “Making a Difference, Impacting the World”.