Carolina University welcomed John Wesley University as the fifth school to partner with CU in the strategic formation of the CU network of schools in 2018.

John Wesley University is recognized as the oldest undergraduate, theological education institution in North Carolina. Its beginnings can be traced back to a powerful revival in Greensboro, conducted by Seth Rees and Charles Weigle in 1903. As a result, a school for teaching the Bible named Greensboro Bible and Literary Training School was created and then renamed The People’s Bible College in 1932 at the height of the depression. Funds were not readily available so these pioneers set out on faith, dependent on God’s provision. Over the years the school grew and perfected the training and expanded the degree offerings. John Wesley University has consistently prepared men and women for ministry and is responsible for training thousands of ministers, missionaries and church workers during its long, rich history. The impact of John Wesley University has been significant and they have been instrumental in supplying pastors for over 65% of the pulpits of the Yearly Meeting for North Carolina.

At the core of every school, there is always something that is unique, something that sets them apart and drives them to press forward. For decades, it seems the heartbeat and passion of John Wesley University has been for every student to understand, a changed life is a changed life and every student must make a difference. Students repeatedly have heard this message in classes, chapels and around the campus, “God can use you to make a difference!” The bar was set high and students were challenged to make a difference because Christ lives in you and all things are possible through Christ! 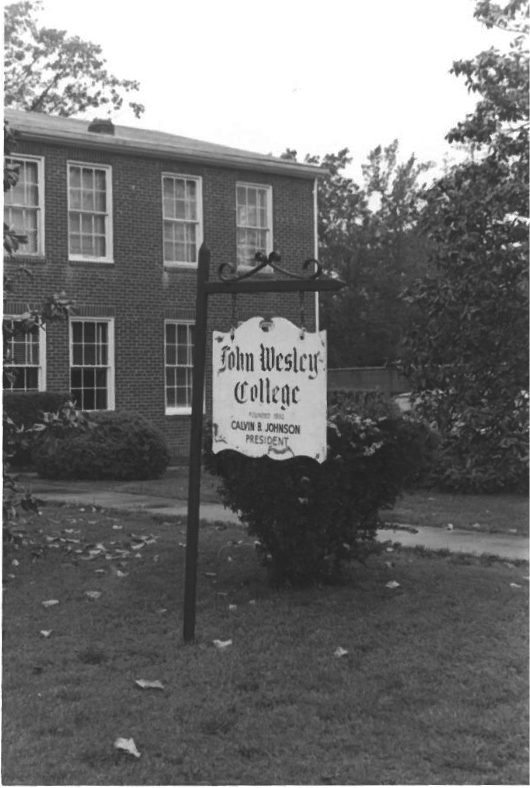 For 23 years, Keith Carroll has served as pastor of Mount Zion Wesleyan in Thomasville with a congregation of over 800. When sharing about his experience at John Wesley, Pastor Keith quoted Dr. John Lindsey (serving JWU 40 years) who spoke in Orientation during the first days of school. Dr. Lindsey said “Our desire is to take those with warm hearts for the gospel and set them ablaze for Jesus”. Immediately Pastor Keith followed this by saying, “And that they did!” As he continued he spoke of the spiritual climate, tremendous support of a caring family atmosphere and the powerful role model found in the professors and staff.

Terry Knighten, pastor of New Life Community Church in Ridgeway, Virginia, has served at this church for 20 years and describes his training as “awesome for pastoral ministry” because he learned church administration and how to study the Bible. He recalled a revival at the school in 1980-1981 and how God did something remarkable within each student. Pastor Knighten chuckled as he remembered the game of “wall ball” and how they took a game intended for two and made it for 15. Most treasured was his memory of the caring atmosphere and how the faculty and staff invested in the students, challenging them to “raise the bar” of what they could do in ministry.

Sometimes, it is in looking back that the influence of certain leaders becomes more evident, demonstrating what a significant role they played in the organization. This is certainly true of Dr. Brian Donley, the eighth president of John Wesley. Dr. Donley, a retired Army Chaplain who served 27 years was instrumental in connecting John Wesley University with a program that was taught in Russia for five years called Christian Ethics as a Foundation for Society. Students were sent for a minimum of one-year to teach this program and over the five-year span John Wesley sent 21 students, more than any other Bible school in the United States. This gave great heart and passion to the mission program of JWU.

It was also Donley who saw a need in the community and with the help of key staff created the Adult Education Completion Program in 1993, long before it was standard procedure at community colleges. This was designed specifically for adults who had already completed 60 hours of school and desired to finish a degree. Classes were taught at night in management and ethics and this became the flagship offering of JWU. In recent years, this program expanded into a four year degree, BA in Management & Business Ethics and accounts for the majority of graduates at JWU.

Out of this program there have been numerous police chiefs, fire chiefs, COOs, nurses and great business leaders. In close proximity to the school you will find in Greensboro, North Carolina, Wayne Scott currently serving as the Police Chief and Bobby Nugent serving as Fire Chief. Connie Bennett, recently retired as COO of Biscuitville in North Carolina and Mark Harris, is the Dean of Greensboro Technical Community College, High Point Campus, North Carolina.

Marty Sumner, a John Wesley graduate with BA in Management & Business Ethics served on the High Point police force for 31 years and as Chief of Police for four years. He recently retired in February 2016 and is remembered for instituting High Point's domestic violence prevention plan and for cutting violent crime by 60%. Once known for its furniture factories, High Point—a city of approximately 100,000, abutting Greensboro—had become one of the most dangerous cities in North Carolina during the early 1990s. Since then, there has been a remarkable drop in violent crime thanks to community police initiatives, which attracted national attention. In 1998, under Sumner’s direction, High Point became the second of many U.S. cities to replicate Ceasefire to combat its gang and gun violence. Susan Herman, former director for the National Center for Victims of Crime, a Washington, D.C., nonprofit stated, “What's happening in High Point is the most exciting and effective approach in responding to domestic violence I've ever seen." 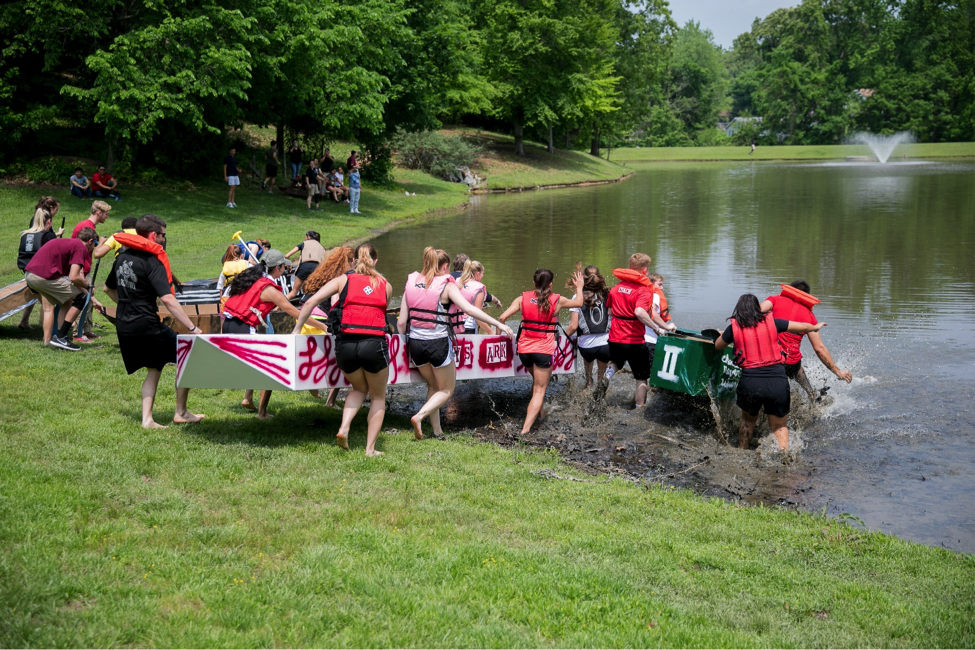 There are many “most notable” alumni that could be mentioned but maybe it is more important to identify the common thread that unites them. The administration is quick to point out the vast majority of our alumni “learned to go and make a difference and stay in the place where God puts you”. It is evident that the administration is so proud of JWU Alumni because they have remained faithful to God and His calling for their entire life. Not all Alumni serve in mega church ministries, run the largest of companies or regularly make the news … but, they have been faithful and they have made a difference!

John Wesley has a retention rate of 98% which is unheard of and almost unbelievable compared to the national average at private schools of 70.2%. What causes this? According to April Lindsey and her husband Dr. John Lindsey who have served faithfully at John Wesley for 40 years, “It is a school with heart! As a diverse school we really care about one another and operate as one big family. No matter what brought a student to JWU, where they came from or what they came to study, we become family. Students learn in Bible classes to genuinely care about others and to put other’s needs first. However, it more than just having class together. There are many things we do that creates the bond of the family atmosphere. One activity we have done for years that is fun and bonds us together is the cardboard boat races.”

John Wesley University is unique because of three words and actions that were part of every student’s experience … Mentor, Message, and Ministry. The caring spirit and heart of John Wesley is summed up in the story of a recent graduate, Kevan Chandler. Kevan has a great sense of humor, is very well read, intelligent and articulate but suffers from spinal muscular atrophy and is confined to a wheelchair. As a student at John Wesley University he lived in the apartments and the students took care of him and learned to handle all of his needs which included turning him every hour or two throughout the night.

In this video, We Carry Kevan, you will see Kevan, now a graduate of John Wesley University, doing exactly what he learned … “raising the bar and making a difference”. By thinking outside the box and challenging commonly accepted limitations, Kevan inspires others as he travels across Europe in a backpack carried by some friends.

The faculty, staff and students of Carolina University are excited about the merger of our two great historical schools and we can only imagine what will happen as together “we raise the bar” even higher to train great leaders to “go and make a difference”.