Sanja served as the Ambassador of Montenegro to the Republic of Italy, Malta and San Marino and Permanent Representative to UN organizations in Rome (2017-2021). Previously she was a Member of the Parliament of Montenegro in November 2016-2017 and Representative to the Parliamentary Assembly of the Council of Europe in Strasbourg and a member of its Committee on Culture, Science, Education and Media (2017). She also served as a Minister of Science in the Government of Montenegro (2010-2016) and Acting Minister of Education and Sport in 2016.

Her academic career started in 1998, from assistant professor of management, to the Dean of the Faculty of Tourism at the Mediterranean University of Montenegro (2004-2010) and Associated Professor of Management and Leadership (from 2010).

Holds a PhD, MSc and BSc degrees in management and leadership from the Faculty of Management in Belgrade (Serbia); She was specialized in management, leadership and education at Harvard Kennedy School (2011), University of Bologna (Italy), as well as in Dublin (Ireland), Toronto (Canada), Krems (Austria) and Bremen (Germany)

Currently resides in Rome, Italy, where she teaches Leadership and HR Management at the UNINT (University of International Studies) and Psychology of Decision Making at the LUMSA (Libera Università Maria Ss. Assunta).

Sanja is born in Montenegro and has an eighteen-year old daughter, with whom she shares the same love and passion for music, skiing and travel. 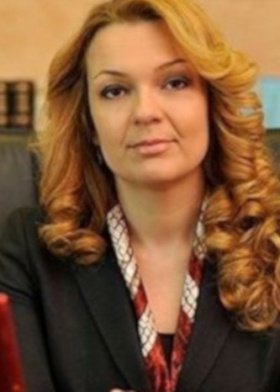