Vlad Lupan is a Distinguished Professor of Leadership at Carolina University. He is working on a project to publish UNSG Ban Ki-moon select documents, and a former Career Diplomat, Analyst and Project Manager. He was interviewed by leading world media, ranging from Wall Street Journal to Reuters and Associated Press, as well as read lectures and made presentations at Stanford, Yale, Columbia and other universities. Since 2012 Mr. Lupan is a lifetime member of the International Association of Permanent Representatives at UN.

Working for his government, his latest posting was the Ambassador and Permanent Representative of the Republic of Moldova to the United Nations, while previously he served as the Head of NATO and Political-Military Issues Directorate, Deputy Head of the General Department of International Security and held several other positions in his country’s diplomatic service, dealing with conflict resolution, elections management, human rights, including media freedom, and development. In 2010, he became for a brief while Foreign Policy Adviser to the acting President of the Republic of Moldova. In 2010-2011 he worked with the National Security, Defense and Public Order Permanent Committee of the Parliament.

During his posting as Ambassador to UN, Vlad led the 46th Session of the Commission on Population and Development on new trends in migration, as the session took place in the 2012-2013 and the topic becoming very important in the next years. He either moderated, opened or spoke at several meetings on migration and in 2017 was interviewed as a leading expert for the UN Documentary on population issues. He also chaired the Second Meeting of the Governmental Experts on Small Arms and Light Weapons (SALW) in 2015, focusing on the new trends in marking and tracing these arms. As a result of his work with diplomats, experts and weapons manufacturers, he produced a Chair’s report on new materials and 3D SALW printing, which is another topic in focus these days. Ambassador Lupan participated in the Sustainable Development Goals meetings in various formats, focusing on Good Governance, for example as a speaker at an event organized by Austria, on the efficient allocation and control of the Development Assistance. Vlad also helped run the New York portion of the 2016 campaign for the UN Secretary General for Natalia Gherman, former Foreign Minister of the Republic of Moldova, later appointed as UN ASG for Central Asia.

During his previous diplomatic activity, in 2002-2004, Vlad was also a member of negotiations on the Transnistrian conflict resolution in Eastern Moldova. Mr. Lupan also gathered a unique experience in conflict resolution, peacebuilding and negotiations with three peacekeeping OSCE Missions in Georgia, Albania and Croatia, focusing on mediation, post conflict development, human rights, elections, refugees or civil society development projects. An example of his work as a Press officer in OSCE Mission to Georgia, he also performed the role of the Spokesperson, including during election monitoring in the country, and managed to reach an agreement between the media on conflicting sides to organize a joint confidence building conference to avoid proliferation of war related hate speech, disinformation and propaganda.

Vlad had the opportunity to brief the Joint US Senate/Congress Helsinki Commission on Moldova, moderate discussions on Black Sea Area Security at a German Marshall Fund of USA session and speak at the GMF/Bertelsmann Stiftung on the importance of Black Sea for the regional security and development. He delivered lectures at Columbia, Stanford and Yale Universities, as well as at the CCNY Collin Powell School and Occidental college on UN, peacekeeping and his region. He published extensively on foreign policy issues, political developments and elections, security sector reform, conflict resolution in Moldova and Eastern Europe, with Op-Eds for Radio Free Europe, Foreign Policy magazine Romanian and Slovak editions, national and international think tanks papers. Vlad was interviewed by Reuters, Janes Intelligence, Al Jazeera, Wall Street Journal Europe edition (which marked him as a person of the day), by RFE, Voice of America and many other media outlets.

He is fluent in Romanian, Russian and English, as well as speaks good French and Croatian (and, therefore, by extension, Serbian, Bosnian or Montenegrin). 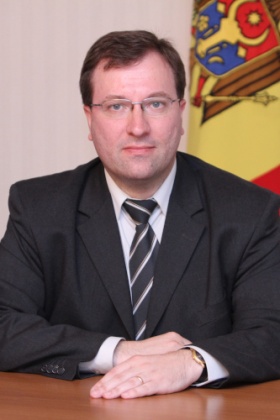