Dr. Jones grew up in Arlington, VA, a suburb of Washington, D. C., where his father was a minister at Calvary Baptist Church. His high School rowing team won the schoolboy national rowing championship in both his junior and senior years. Continuing his athletic endeavors for four years at the University of Pennsylvania, he was on both the football and rowing teams; the rowers winning the Grand Challenge Cup at the British Henley; the world championship in non-Olympic years.

He was a Naval Aviator flying fighters from aircraft carriers as a part of his duty in both the Atlantic and Pacific Fleet. After his active duty in the Navy, Petroleum Helicopters (PHI), of Lafayette, LA hired him as a commercial helicopter pilot. In this four year endeavor he flew in many parts of the world for a variety of oil companies. During a hurricane in the Gulf of Mexico he was trapped on a small well guard about 100 miles from shore, and in winds above 130 miles per hour, After lashing his helicopter and himself to the landing deck, he watched, through the night, as green water broke over the deck and his helicopter about 60 feet above normal water level. When he got to shore the next day, he changed life directions and became a student at what is now the University of Louisiana at Lafayette, LA. He became a test pilot for PHI and completed an undergraduate degree in accounting and economics.

The George Washington University was his next stop and to pay living expense he became Captain Dan in helicopter 1260, broadcasting the morning and evening rush hour traffic to the listeners of radio station WWDC. There he earned his MBA and Doctorate in Business and went on to the Coast Guard Academy in New London, CT as an associate professor of management. He then became the Assistant Dean and Acting Dean of the College of Business of Loyola University, New Orleans. It was here he met an artist who was the motivator for him to create a fine art business that became Galleries One with 22 retail locations in major cities. He moved on to become the Dean who got the School of Business of Eastern Illinois University accredited by the AACSB. After four years the fine art business grew to the point that he had to leave the academic world to be a full time CEO.

He moved the headquarters of the fine art business to Greensboro, NC, where he became an instructor at the University of North Carolina, Greensboro. The fine art business was sold several years later and Dr. Jones moved to Greensboro College as the Fred L. Proctor Distinguished Professor of Business. There he created the business program, designed the courses and hired the faculty for the program that soon became forty percent of the total enrollment. With Mr. Proctor and several other investors, he created one of the first firms to provide a bill paying service for individuals. This firm became the bill paying service for First Union National Bank. A short time later the service was employed by Bank of America, then Norwest Bank in Minneapolis that merged with Wells Fargo. A short time later CitiBank became the fifth major bank to employ the service and that system today provides all North American banks with their bill paying service.

With the combination of his academic and industry credentials, Dr. Jones is able to provide sound guidance to business students significantly beyond any textbook.

Jones, T. and Schneider, B., (2010). Beyond “Opting-Out:” Dissecting the Barriers Affecting Women’s Entrance and Success in Business. Forum on Public Policy, Vol. 2010 No. 2

Jones, T. (2013), Do Systems Based on Capitalism and Free Markets Enhance the Advancement of Women in Leadership Positions in Industry? Oxford Round Table, Harris Manchester College, University of Oxford.

Schneider, B. and Jones, T. (2011), Women “Opting-Out” of Academia: At What Cost?, Oxford Round Table, Harris Manchester College, University of Oxford.

Jones, T. and Schneider, B., (2010), Beyond “Opting-Out:” Dissecting the Barriers Affecting Women’s Entrance and Success in Business, Oxford Round Table, Harris Manchester College, University of Oxford. 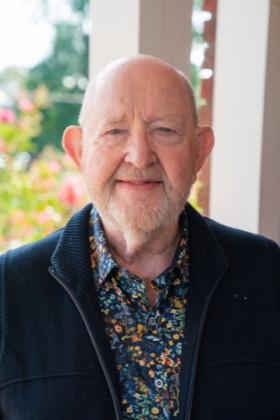