On 05 June 2015, Dr Ameena Gurib-Fakim was sworn in as the 6th President and the First Female President of the Republic of Mauritius. She held that office until 2018.

Elevated to the Order of CSK and GCSK (GoM), she received, inter alia: Legion d’Honneur, Government of France (2016); Order of St George, Semperopernball, Dresden, Germany; ‘Trailblazing award for political leadership’ by World Women Leaders Council, Iceland (2019). In June 2016, she was in the Forbes List for the 100 ‘Most Powerful women in the world’, 1st among Top 100 Women in Africa Forbes List 2017, 2019. Honoured as one of Foreign Policy’s 2015 Global Thinkers and Honorary President of the International Engineering & Technology Institute (2020).

In 2019, she received the ‘Trailblazing award for political leadership’ by the World Women Leaders Council in Iceland. In 2020, she was elected Honorary President of the International and Engineering Institute and received their 2020 5th IETI Annual Scientific Award. She also received the IAS-COMSTECH Ibrahim Memorial Award from the WIAS in Jordan.

Ameenah Gurib-Fakim has been: Managing Director of CIDP R and I, Professor at the University of Mauritius where she served successively as Dean and Pro Vice Chancellor and manager at the Mauritius Research Council. 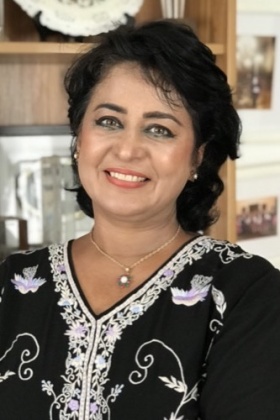