Dr. Gjermeni was elected for the first time as member of Albanian Parliament in 2009, representing Socialist Party. In 2013, she was appointed as Minister of Urban Development of Albania, a position she held till 2017.

As a minister and as legislator, Dr. Gjermeni has been very committed to advancing women’s rights in Albania, initiating and/or contributing to different laws on social housing, prevention of domestic violence and violence against women,  and other laws as well, contributing towards a gender sensitive legislation.

Besides her engagement in politics, Dr. Gjermeni serves as a Lecturer at the Social Work and Social Policy Department, Faculty of Social Sciences, at the University of Tirana, since 1995. She has been teaching several courses as well as, “Gender in Social Work”, “Gender and Media”, “Social Work Supervision”, “Integrated methods in Social Work”. Dr. Gjermeni has published several articles on the topics of women rights, women in decision-making, gender equality, gender mainstreaming, and women’s empowerment.

Prior to entering politics, Ms. Gjermeni for ten years served as the Executive Director of the Gender Alliance for Development Center, an organization that provides training, lobbying and advocacy, research and reports on women/gender issues in Albania.  She has been engaged in different national and regional projects as trainer, consultant or expert.

Since 2017, she is a member of Steering Committee of Regional Women's Lobby for Peace, Security and Justice in Southeast Europe.

Dr. Gjermeni is a proud mother of two children, Erik and Megi. 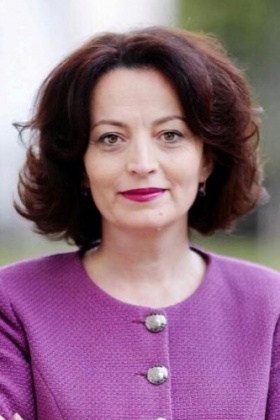