Lieutenant General Joe DiSalvo, U.S Army (Ret) is a Distinguished Professor of Practice for Leadership at Carolina University who has over 39 years as a strategic leader who built trust, initiative, innovation, integrity, core values and accountability in organizations ranging from 850 to 65,000 personnel. He is exceptionally experienced interacting with U.S. federal government agencies, Congress, and international governments (14 years working abroad). General DiSalvo is President and Founder of Spartan 68 LLC, which specializes in leader development, strategic planning, business development, team building, and crisis management. He is on the Board of Advisors for two technology companies and is on the Board of Directors for a public utility company.

General DiSalvo retired from the U.S Army in 2018 after 37 years of service. From 2012 to 2018 he held several high-level staff and command positions associated with Latin America. General DiSalvo interacted with 32 countries from Latin America on security and capacity building issues and coordinated with 30 U.S. ambassadors to generate and facilitate material support to the region. He supervised the U.S. Southern Command’s staff support to the $35M emergency relief operations in the Caribbean during Hurricanes Irma & Maria in 2017. General DiSalvo advised the Colombian Minister of Defense and the Chief of Defense on key security provisions that were adopted in their peace accord ending the 50-year war with the insurgent revolutionary forces of Colombia and advised 16 other Ministers and Chiefs of Defense in Latin America. He interacted and briefed members of the House of Representatives and Senate on strategic issues associated with Latin America and U.S. Southern Command. General DiSalvo facilitated an academic partnership with Florida International University by exchanging strategic roundtables, served as a guest lecturer, and enabled an undergraduate and graduate student internship program at U.S Southern Command.

General DiSalvo served on the Joint Staff in the Pentagon where he was the Joint Staff lead for Western Hemisphere security strategy and interacting with Canada and Latin American foreign governments and their security forces. He was also the primary Iraq campaign policy analyst for the Joint Staff. In both positions, General DiSalvo represented Joint Staff equities at the National Security Council, Office of the Secretary of Defense, and the U.S. Congress.

Operationally General DiSalvo has several overseas deployments, both in peacekeeping and combat operations. He is most proud of having the privilege to command a Brigade Combat Team during two combat tours in Iraq.

General DiSalvo holds a Master’s of Strategic Studies from the U.S. Army War College, a Master’s in Operations Research from the Air Force Institute of Technology, and a Bachelor of Science from the United States Military Academy. 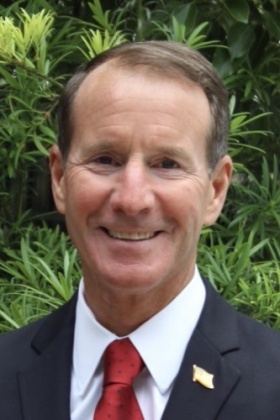