General Deering was commissioned in 1976 through the Texas Army National Guard Officer Candidate School. Prior to receiving his commission, General Deering served as an enlisted member of the Texas Army National Guard's 36th Infantry Brigade. After his transfer into the Oklahoma Army National Guard, General Deering rose through the ranks, commanding at every level from platoon to brigade. He served as the Secretary of the General Staff to the Adjutant General, Director for the Human Resources Directorate as well as the Director for the Plans, Operations, and Training Directorate. He served as Chief of the Joint Staff before he assumed command of the 45th Infantry Brigade Combat Team from December 2004 until November 2009.

General Deering participated in numerous relief efforts following both manmade and natural disasters in Oklahoma, including the April 1995 Murrah Federal Building bombing and the May 3, 1999; May 8, 2003; and May 20, 2013 tornados that ravaged Moore, Oklahoma. In 2005 General Deering deployed to New Orleans as Commander of the Oklahoma National Guard's Joint Task Force following the devastating hurricanes of Katrina and Rita in September 2005. Upon his arrival, General Deering assumed command of Task Force Orleans providing security, disaster relief operations and support for the City of New Orleans. In October 2007, General Deering mobilized with his brigade and deployed to Iraq where he served as Commander, Joint Area Support Group-Central in Baghdad, Iraq. He returned with his brigade in November 2008 and was assigned as the Director of Manpower and Personnel at the National Guard Bureau. General Deering was then appointed as Adjutant General by the Governor Brad Henry in February 2009 and was continued as Adjutant General under Governor Mary Fallin. Following his military retirement General Deering was appointed as the Secretary of Veterans Affairs and as the Executive Director of Veterans Affairs for Oklahoma. He retired from those positions in December 2018. 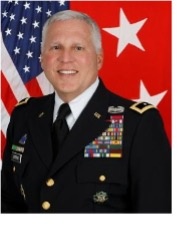