Born in 1961, Dr. Robert Decker was raised in a Christian home in Pennsylvania. He received Jesus Christ as Lord and Savior at the age of 13 while working at a Christian camp as a maintenance helper. During the course of that summer camp, they had a need to use him as a counselor over 8 year old boys. Part of the training he received was how to lead 8 year olds to Christ. It was during that training that Rob realized that he had never received Christ as his personal Savior. He accepted Christ and soon had the opportunity to lead some of those young boys to Christ. The experience inflamed his passion to know Christ and serve him. At the age of 18, he was on his way to Embry Riddle Aeronautical University when his Dad asked him to consider going to a Bible college for one year before leaving for the university. He told him that he would if the Bible college had an aviation program. His uncle had a friend from Willingboro, NJ, Donald Drake, who had recently taken over as president of Piedmont Baptist College (now called Carolina University) and recommended he go there. And the rest is history!

He enrolled the first year and completed his aviation training at Carolina University; however, during that training God got a hold of his heart through chapel messages and professors in the classroom, and he surrendered to full-time Christian service. He completed a Bachelor of Theology with an aviation minor. Dr. Decker is most grateful for meeting the love of his life at the school. Bettina and Rob married in 1984 after his schooling. Due to the aviation course load and the fewer Bible class requirements, he believed it to be the will of God for his life to pursue further theological training. He attended Grace Theological Seminary at the advice of Dr. Hoyle Bowman where he received his Master of Divinity degree in 1987. In 1990 he went on to pursue a Master of Arts in Biblical Counseling from Colorado Christian University and in 2003 completed a Doctorate of Ministry degree from Reformed Theological Seminary in Charlotte, NC.

Currently Dr. Decker serves at Triad Baptist Church in Kernersville, NC, where he has pastored for the last 18 years. He has enjoyed a wonderful ministry and has had the opportunity to impact many lives for eternity. Rob and Bettina have now been married for 32 years and have four children and six wonderful grandchildren. 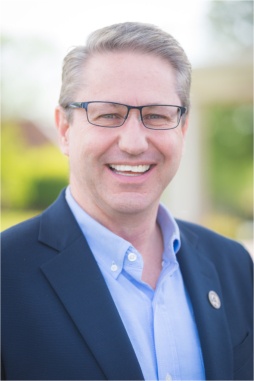