Brigadier General Norm Cooling, USMC (Ret) is a Distinguished Professor of Leadership at Carolina University, as well as the President and Founder of N. L. Cooling Strategic Consulting, LLC, which specializes in organizational leadership training and education, strategic planning, and assessment. He also serves on the Board of Directors for American Heroes for North Carolina, a state-wide non-profit organization.

General Cooling retired from the Marine Corps in 2019, following more than 33 years of service, including 11 deployments and multiple combat tours as an infantry commander and operations officer. He has significant senior executive leadership experience in planning and managing operations of large, complex defense organizations up to 225,000 people, including serving as the deputy chief operating officer for both the U.S. Marine Corps and for U.S. European Command. General Cooling has commanded ground combat task forces of approximately 1,500 service members in both eastern Afghanistan and Al Anbar Province, Iraq; served as the Operations Officer for NATO’s Regional Command Southwest in Helmand Province, Afghanistan; and served as the Operations Officer for the 1stMarine Division (Forward) during the final phase of Operation Iraqi Freedom I.

General Cooling also has extensive experience in government, interagency, and Congressional affairs. He managed legislative affairs for both the Commandant of the Marine Corps in 2017-18, and for NATO’s Supreme Allied Commander Europe in 2001-2. In the former capacity, he orchestrated the Service’s Legislative Program on Capitol Hill, to include translating broad Service vision and evolving operational concepts into a coherent strategic narrative and engagement plan that garnered Congressional support for increased resources.

As the Deputy and Acting Director of Operations for U.S. European Command in 2014-16, General Cooling led the Command’s transition from a security cooperation focused organization back to a warfighting capable headquarters while producing the first Theater Campaign Order for the Command since the end of the Cold War.  Maximizing the effective use of limited resources, this Order identified and directed specific, measurable actions designed to deter Russian and global terrorist threats and to reassure NATO allies while building their interoperability and capacity.

General Cooling also led the effort to produce a Counter-Terrorism Plan for U.S. European Command that later served as a model for the Department of Defense’s development of a broader, international counter-terror plan. This coordinated, multi-national, interagency plan focused on easing U.S. and Allied nation restrictions on intelligence sharing to facilitate domestic police action against known and suspected terrorists. Within existing resources across multiple agencies, it established a structure and process for targeting terrorists and countering their recruiting messages in Europe. Concurrent with leading these strategic and operational planning efforts, he managed the U.S. operational response to regional crises, including the 2016 coup attempt in Turkey.

General Cooling is a recipient of the Defense Distinguished Service Medal, four Legions of Merit, and two Bronze Stars along with several other personal and unit military decorations. He graduated with highest distinction from the U.S. Naval Academy in 1986, where he was both a Burke and a Cox Fund Scholar. He also holds a Master of Arts in National Security and Strategic Studies from the U.S. Naval War College, where he was the honor graduate; a Master of Military Studies from the Marine Corps University’s Command & Staff College, where he graduated with highest distinction and received the Brooke Nihart Award for best thesis; and a Certificate in Strategic Business Planning for Executives, from the College of William & Mary. He is a doctoral candidate at High Point University.

Cooling, Norman L. “To Integrate or to Deconflict, That is the Question: An Examination of Contemporary Challenges in Conventional and Special Operations Forces Command and Control.” U.S. Naval War College, June 10, 2007. https://apps.dtic.mil/dtic/tr/fulltext/u2/a476417.pdf. 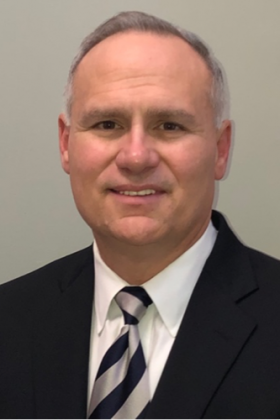