Dr. Stephen Condon was raised in Newton, Massachusetts, but has spent all of his adult life in the South, living and working in five different states. He received his education at Boston College, Florida State University, The University of Alabama, The University of Mississippi, and Harvard University.

After starting his career in education as a middle school teacher, he transitioned to Higher Education, where he served at several prestigious Christian Universities, in multiple academic and administrative roles. Dr. Condon has served as the Vice President of Huntington College, St. Thomas University, Reinhardt University, and LeTourneau University. He was also a successful coach and athletic director achieving national and international recognition by winning several national titles and a World Championship in golf, while also being inducted into several Halls of Fame, including the NCAA Coaches Hall of Fame in 2014. Prior to accepting the Chancellor's position at Carolina University, Dr. Condon served as the President of Tennessee Wesleyan and John Wesley Universities for ten years.

He has been married to Becky Allen Condon, a professional librarian, for 44 years. Together they have two grown children: Curtis Condon, an Atlanta businessman, and Alexis Condon, Director of Human Resources for Kinetics Systems Inc. The Condons also have one grandchild, Mirable Condon, the daughter of Curtis and wife Rachel. He credits God and these family members for providing the love and support needed to achieve a lifetime of abundance, humor, peace, and success. 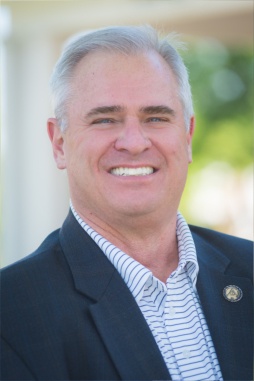