Danny Cochran responded to God’s call to ministry within four months of his salvation experience. Included in that call to ministry was a call to be a life-long learner. He completed an undergraduate degree in Christian Ministries from Luther Rice Seminary and pursued various studies including two years of Greek at Maryville College in Maryville, TN. That desire to continue learning led him to complete the Bachelor of Science degree in Religion and Psychology (1999), the Master of Arts in Religion (2002), and the Doctor of Ministry degree (2005) from Liberty University and Liberty Baptist Theological Seminary. He received the Outstanding Student of the Doctor of Ministry Program the year of his graduation. Upon graduation with the Doctor of Ministry degree, he began teaching as an adjunct professor at Tennessee Temple University. He continued in that role teaching biblical and ministry courses at the bachelor, master, and doctoral levels. He was appointed Doctor of Ministry Program Director at the Piedmont Divinity School and continues in that role with Carolina University. His teaching ministry also includes serving as an adjunct professor with Global Youth Institute. Danny is currently in the dissertation phase of the Doctor of Philosophy Degree in Organizational Leadership at Carolina University.

In addition to serving as a seminary professor, Danny has served as pastor of three churches over a thirty-eight-year period. He has served as Senior Pastor at Holly Creek Baptist Church in Chatsworth, Georgia, since 2000. All three of those churches have experienced significant growth with the last two churches being recognized by the Georgia Baptist Convention for their growth. Danny has been privileged to serve on various committees in the Georgia Baptist Convention and was elected as a vice-president in 2010. His ministry experience also includes mission trips to Eastern Europe and Central America, leading study/tour trips to Israel, and serving as chaplain to local law enforcement agencies. Danny was recognized as Humanitarian of the Year by the Murray County Chamber of Commerce in 2003 for his contributions to the Murray County community.

Danny and his wife of forty-two years, Tina, have two adult sons, two daughters-in-law, and three granddaughters. One of his sons serves in vocational ministry while the other son serves as a deacon and Sunday School teacher. Danny enjoys riding his motorcycle and bicycle, as well as hunting in the North Georgia Mountains. 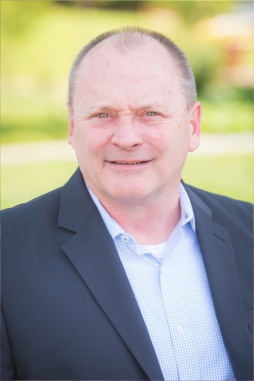