Colonel (Retired) Carolyn R. Closs is a retired career Army officer now serving as the Founder and President of Closs Global Solutions in Washington, DC. She has more than 30 years of experience at both the strategic and tactical level. She has served in all three components of the Army: Active Duty, Army National Guard, and Army Reserve, where she consistently succeeded in breaking down barriers and facilitating quick information exchange between various military and government agencies.

Carolyn has advised the most senior generals in the military, including the Chief of Staff of the Army and the Director of the Army National Guard Bureau on worldwide issues that influence National Security and Army readiness. Carolyn was handpicked by the top general in the Army at the time, Ray Odierno, to serve on his Strategic Studies Group. She was tasked with identifying and studying key challenges the Army is projected to face through the year 2025 and beyond. She also served as the Senior Strategist to the Director of the Army National Guard.

Her strategic vision earned her the distinct honor of having served in the White House for two U.S. presidents, George W. Bush and Barack H. Obama. As the Director for Global Outreach during both administrations, she supported the Deputy Assistant to the President and Deputy National Security Advisor, National Security Council. In addition to those responsibilities, Carolyn served as the inter-agency liaison to the United States Congress, Departments of Defense and State and the Intelligence Community for strategic communication and media strategy. She also assisted the National Security Advisor and Counselor to the President in advancing United States policies and objectives throughout the world.

Carolyn also directly supported the Under Secretary of Defense for Policy (USDP) in the Office of the Secretary of Defense at the Pentagon. She worked in establishing and structuring the USDP’s Global Strategic Engagement/ Communication Team. Carolyn developed media strategy to underscore the importance of women and gender issues during conflict, Human Rights, U.S. Afghanistan Strategy and International Humanitarian Policy, Democratic Accountability and Rule of Law.

Carolyn represented the Army while serving as a liaison to Congress in the U.S. House of Representatives. She tracked and influenced legislation that determined the Army’s budget and missions. She organized fact-finding missions in more than 50 countries. Her ability to plan and execute U.S. Missions for members of Congress and her expertise in solving socialization issues have enabled her to interface with world leaders across the globe.

The goal of Closs Global Systems mirrors Carolyn’s own mission: to reach out to minority groups and women’s businesses & organizations and to help them flourish and grow.

Carolyn is a native daughter of Louisburg, North Carolina and a Distinguished Military Graduate through the Winston-Salem State University Reserve Officers Training Program. She holds an undergraduate degree in Communications and a Master of Science in Management from National Louis University. Carolyn currently resides in the Washington Metropolitan Area. 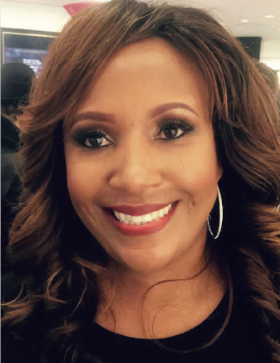