Christina Howell joined the Forsyth County Sheriff’s Office (FCSO) family in 2015. With an extensive background in the non-profit sector, the importance of building trust while communicating with transparency has been foundational throughout her entire professional career. In her current responsibilities as the Public Relations Unit Manager and one of the Public Information Officers, she is tasked with speaking on behalf of the Office of Sheriff via print, television, and social media.

Ms. Howell’s main role is creating and managing the communications strategy for the Sheriff’s Office. She is responsible for responding to inquiries from both the media and the public, facilitating all agency social media accounts, coordinating on-camera media interviews, handling FOIA requests, and maintaining the FCSO brand across all platforms and mediums. Beyond ensuring information released is confirmed to be accurate, factual, and timely, Christina strives to consistently educate and connect with the community. The underlying goal of every interaction, whether during a formal on-camera media interview or in an online comment on social media, the foundation of each and every interaction is to build trust with the Forsyth County community.

Ms. Howell’s education includes a Business Administration and Communications interdiscipline Bachelor’s from Georgetown College, followed by a Master’s from Wake Forest University. Christina is an instructor through Tufano Media Group, primarily working at community colleges, the North Carolina Justice Academy, and directly with agencies via the “Managing the Media for Law Enforcement’ class.

The rapidly-evolving nature of law enforcement, coupled with the ever-changing social media culture, creates the need for a constant openness and a continued commitment to growth, education, and evolution (both professionally and personally) that Christina whole-heartedly embraces. 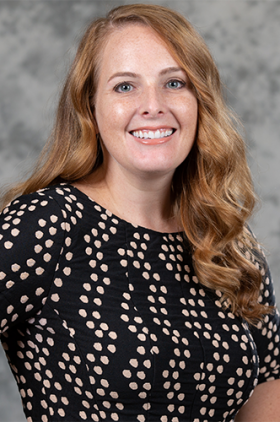