Lee Brown is a Fellow at Carolina University’s Patterson School of Business where he provides expertise in areas such as the principles of finance, business analysis and valuation, the fundamentals of investing, tax and estate planning, and insurance and risk management.

He was previously a visiting scholar at North Carolina A&T State University’s College of Business and Economics where he taught several advanced courses in investing and finance.

Prior to his academic service, he was the Founder, Chief Executive Officer and Chief Investment Officer of Reef Knot Capital, a hedge fund with $150 million of assets under management.

Before founding Reef Knot in 2016, he was a highly successful Portfolio Manager at Visium Asset Management, a hedge fund with peak assets under management of $8 billion, where he managed a market-neutral portfolio from 2009 to 2016.

Before joining Visium, he was a senior analyst at Highland Capital Management, a leader in alternative investing with peak assets under management of $40 billion, from 2007 to 2009 and a Vice President at Merrill Lynch where he was a well-respected, lead sell-side equity analyst from 2002 to 2007.

Prior to joining Merrill Lynch, he served in the United States Marine Corps from 1995 to 2000 and earned the rank of Captain. 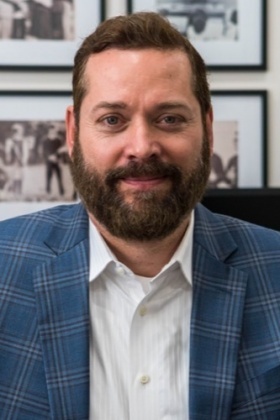